Skip to main content Skip to navigation Skip to sidebar 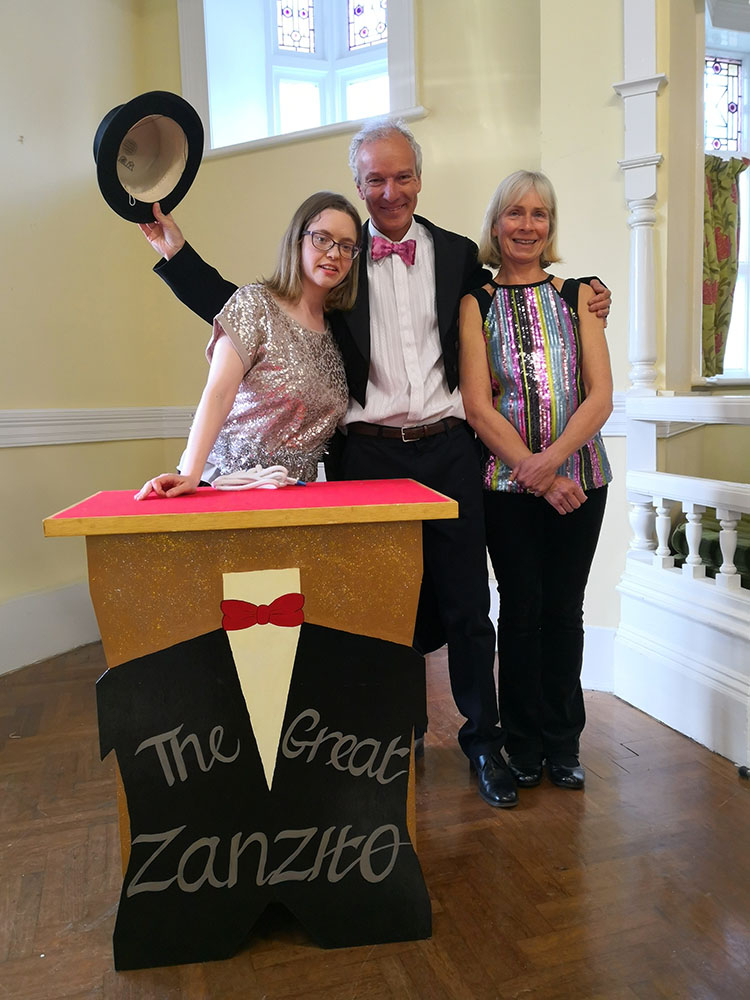 Rob Stephenson is a retired GP who first came to Macclesfield hospital in 1985 on the GP training scheme.  Since retering he spends time volunteering with us as our very own 'The Great Zanzito' our first volunteer magician!

Rob explained to the team that he became interested in magic as a teenager in London with his younger brothers and family were his first audience at about 15. One memorable trick involved his mum hiding under a table for the whole show just to pull a bit of fishing line once.

Rob has performed his magic for different audiences during his career from children's parties, quiz nights and his biggest audience of 400 at a medical school. My favourite performance was at his daughter’s primary school, where she acted as his assistant and we got the headmaster deliberately stuck in ‘The bag escape’. It got a good laugh!

Rob performs many tricks but his favourite has to be the ‘The knife trick’ where hs pretends to cut through his assistant’s forearm, there is a lot of blood!

Rob shared that retirement is a good time to reinvigorate old hobbies and he believed that there must be some bored patients on the wards who could be cheered up by a bit of his magic.

Rob is very proud of his  ‘Volunteer magician’ lanyard and comes in once a week to the trust for a half day rotating around the wards that have expressed an interest once confirming with a ward sister that patients are well enough to be entertained with a few tricks.

Back to the top of the page

Found a problem? Report it and help us to improve our website